Adventures in Detales… stories about design

Once upon a time, there was a man named Larry. He loved historic things. Especially buildings and houses. Places that had been neglected and needed someone to repair them and replace all the character that had been removed, and make them livable and beautiful once again.

This was long before HGTV days, and long before words such as renovating, repurposing, reimagining, upcycling, and flipping were an integral part of the renovators’ language. But that’s exactly what Larry was doing. Purchasing, restoring, renovating, and bringing back the character to these spaces, and replacing all the elements that had been removed over time. It took vision, hard work and a little out of the box thinking. And the end result? Amazing.

What does that have to do with the Plaster Gallery?

Fast forward a few years. Larry and I got married, had kids, I was working for a non-profit, and we decided it was time for me to join the family business. We began producing plaster medallions and moldings in-house to replace the ones that had been removed. We loved our plaster and people seemed to love it, too. So, we decided to expand on the idea and turn it into a business where we could sell to builders, designers, and everyone who loves detail. Thus, Plaster Gallery was born.

Some say, ceiling medallions served as insulators protecting the ceiling from the heat of the gas lights. Some say they were used as a focal point to draw the eye to the ceiling and the gas lighting. And some say they are used purely for decorative purposes: Whatever the reason, these details give spaces a finished look.  Medallions or molding can be simple or ornate. They are meant to compliment—not compete with a room.  I may be biased since I do love our plaster line. But take a look at some of our clients’ photos below. Pictures don’t lie. 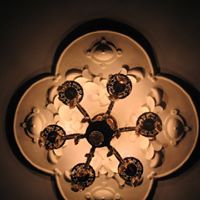 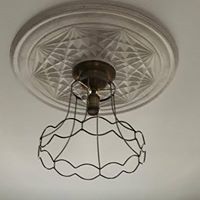 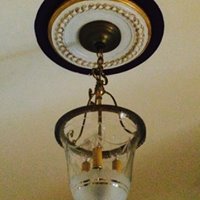 Thanks for visiting and reading my story. Anytime you want to add a little detail to create your own detale, call, email, or message. We’re always happy to help!